A downloadable game for Windows

The players control Kahu, the awaken guardian of the forest and his guide Bel, a shinning firefly that will help him during the  adventure.

They have a mission: saving their land from darkness and restoring the light. Work together in order to find the last pieces of light  within the forest.

* You can use PS controllers compatible with your computer, at least 1 is recommended, 2 optimal, 2 players using same keyboard can be clunky since some keyboards don't detect 3-5 keys at the same time.

WASD  and E  for controlling the  fox

Arrows and SpaceBar for controlling the firefly

The game features a dynamic soundtrack that changes depending on the situation.

"We wanted to make a 1vs1 game in which the 2 players were lights fading out due to the presence of the dark creatures, it wasn't about  who would win, but who would be the one fading the last...

It ended up being the opposite as the previous idea was a little bit... depressing. We offer a cooperative adventure where both players have to help each other to defeat the darkness, Kahu doesn't have defensive options while Bel cannot attack, if both players cooperate they can complement each other in such way the chances of survival are much higher and the gameplay becomes more satisfactory.

As being the support guy is not always the most attractive role to every player, we gave Bel a very impactful skill;  Light Blaze is able to slow down time around her so enemies and projectiles become incredibly slow inside the area, while it still remains as a defensive skill the importance it has in game is huge, it also looks cool. Futhermore she is the only one that can reveal light essences and activate the lanterns.

A game designed so the players don't support each other just by being close, Bel has to see where the attacks come from, Kahu needs to attack at a certain rythm so he doesn't get hurt, if they get very close they benefit from their active and passive skills, but they will lose control over the map, on the other hand if both separate themselves they will have more vision of the action, but less time to draw together. 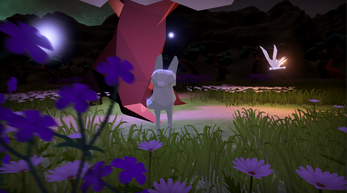 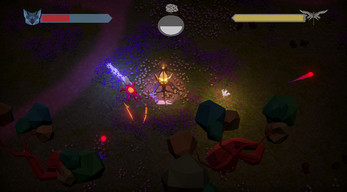 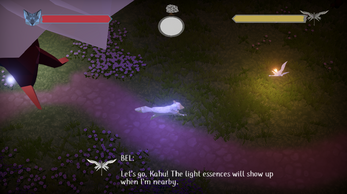 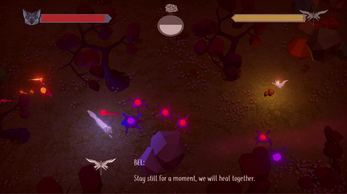 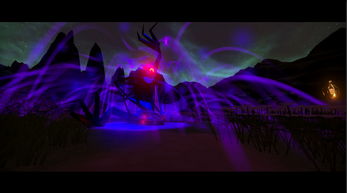 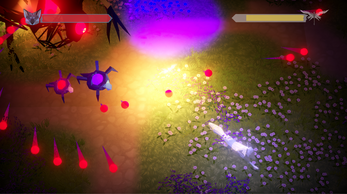 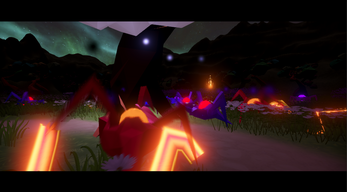